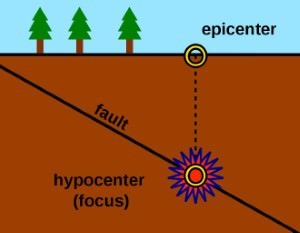 Earthquakes based on the depth of focus