Koeppen’s scheme Of Classification Of Climate 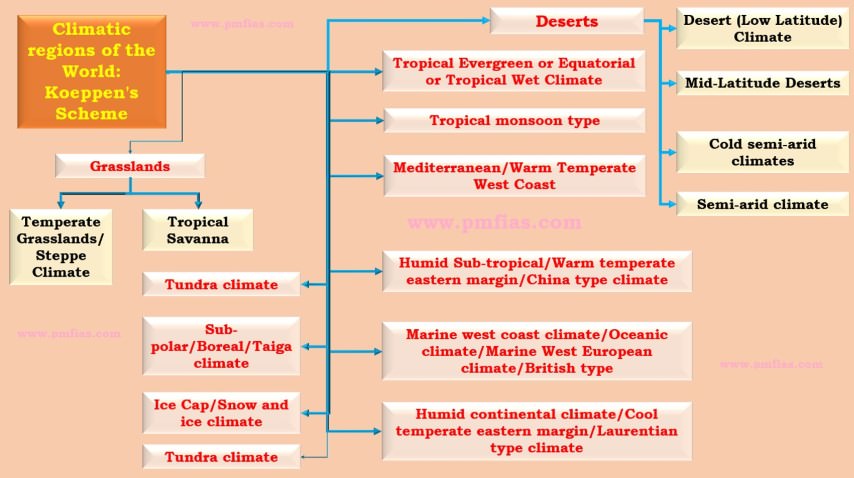 Epiphyte: An epiphyte is a plant that grows harmlessly upon another plant (such as a tree) and derives its moisture and nutrients from the air, rain, and sometimes from debris accumulating around it. In spite of dense forests, countries in equatorial regions are net importers of timber. Comment. Why does restoration of lost forests take decades in equatorial regions?

Assertion (A): Areas near the equator receive rainfall throughout the year.

Reason (R): High temperatures and high humidity cause convectional rain in most afternoons near the equator.

In the context of the above two statements, which one of the following is correct?

Assertion (A) : Areas lying within five to eight degrees latitude on either side of the equator receive rainfall throughout the year.

Reason (R) : High temperatures and high humidity cause convectional rain to fall mostly in the afternoons near the equator. [2003]

A geographic area with an altitude of 400 metres has following characteristics. [2010]

If this geographic area were to have a natural forest, which one of the following would it most likely be?

Assertion (A): Unlike temperate forests, the tropical rain forests, if cleared, can yield productive farmland that can support intensive agriculture for several years even without chemical fertilizers.

Reason (R): The primary productivity of the tropical rain forest is very high when compared to that of temperate forests. [2003]

a) Both A and R are individually true and R is the correct explanation of A.

Biodiversity Hotspots Across the World What type of climate is characterized by two periods of maximum rainfall? Explain why this is so.

Write brief notes on any three of the following statements about the equatorial regions.