Importance of understanding the Interior of The Earth

Understanding the structure of the earth’s interior (crust, mantle, core) and various forces (heat, seismic waves) emanating from it is essential to understand

Evolution and present composition of the atmosphere

Direct Sources of information about the Earth’s Interior The Kola Peninsula in north-west Russia. (TUBS, from Wikimedia Commons)

Indirect Sources of information about the Earth’s Interior

Increase in pressure and temperature with depth 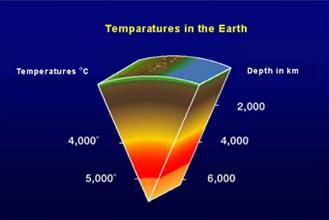