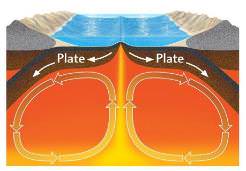 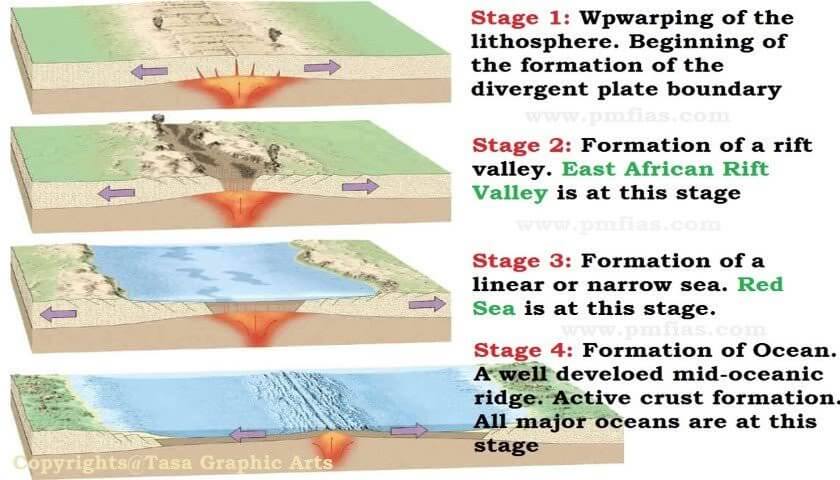 Mains 2018: What is a mantle plume and what role it plays in plate tectonics?

Backdrop: In early 2018, a large crack made a sudden appearance in south-western Kenya adding fuel to the debate on the breakup of Africa.

Narmada and Tapti Rift Valleys (fault zones) are formed from a mechanism different from the one explained above. They are formed due to the bending of the northern part of the Indian plate during the formation of Himalayas.

Great Rift Valley (The Best Example of a Divergent Boundary) Breaking up of Africa Silicon content in the mantle, oceanic crust (mafic) and the continental crust (felsic)