The Wind Descending on the Leeward Side is heated adiabatically and is called Katabatic Wind. 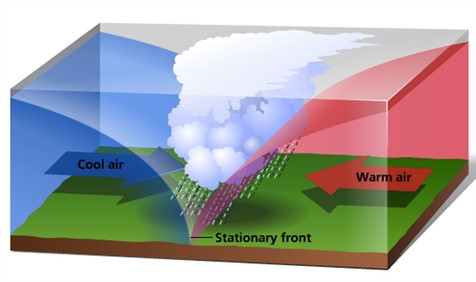