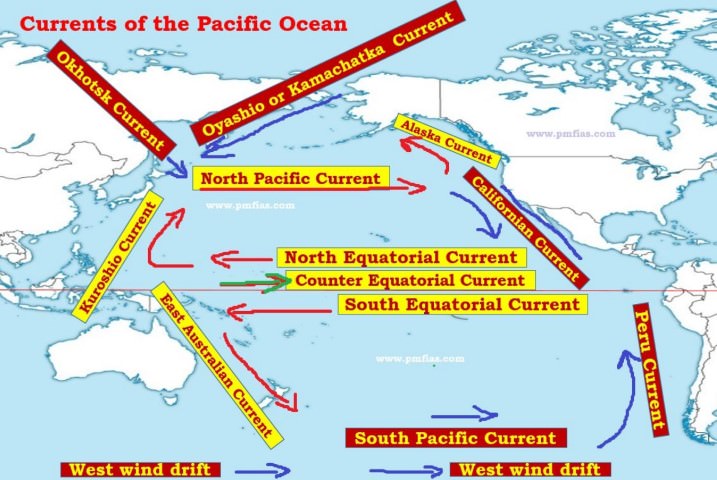 What explains the eastward flow of the equatorial counter-current?

This question is a very tricky one.

Should wait for Official Answer Key!

Point 3: Salinity greatly influences vertical currents and its influence on horizontal movement is less significant. So, ruled out.

There is a severe clash between Points 2 and 4. My pick is Option D [more probable].

But why? Because the most important factor what influences the direction of ocean currents is wind.

Mixing zones of Cold and Warm Ocean Currents [Grand Banks] and cold water upwelling zones [Peru coast] are the most productive fishing grounds on earth. Why? Why are cold and warm current mixing zones the good fishing grounds? Why are tropical waters highly unproductive? This is indeed the case in tropical waters, and as a result they are very unproductive.

This is one of the reasons why cold and warm currents convergence zones [mixing happens – the collision of currents causes mixing] and upwelling zones are very productive.

Both of these factors play a role in Icelandic waters, resulting in the very productive ocean environment around Iceland.