In all types of convergence, the denser plate subducts, and the less dense plate is either up thrust or folded or both (upthrust and folded). This explanation is common for all the island arc formations (ocean-ocean convergence). We only need to know the plates involved with respect to each island formation. Minor plates in the Southeast Asia

Formation of the Indonesian Archipelago 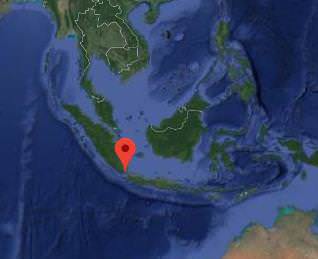 Formation of the Caribbean Islands The island groups in the Caribbean Sea Formation of Isthmus of Panama Plates in the region of Isthmus of Panama

Formation of the Japanese Island Arc Triple Junction of the plates

In spite of extensive volcanism, there is no island formation along the divergent boundary (mid-ocean ridge)