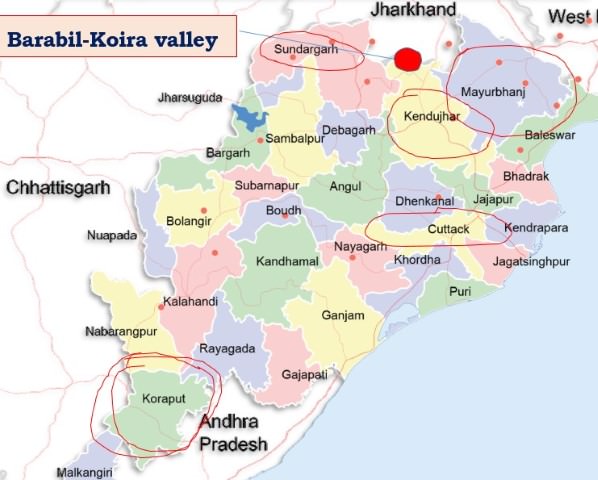 Iron Ore in other states