Metabolism ==  the chemical processes that occur within a living organism to maintain life.

Metabolite == a substance formed in or necessary for metabolism.

Alkaloid == any of a class of nitrogenous organic compounds of plant origin which have pronounced physiological actions on humans. Eg: morphine obtained from opium poppy. 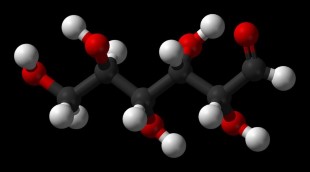 Hydrate == a compound in which water molecules are chemically bound to another compound or an element. Eg: α-d-Glucose hydrate (C6H14O7).

Acetic acid (CH3COOH) fits into this general formula Cx(H2O)y → C2(H2O)2 but is not a carbohydrate.

Exception: Rhamnose, C6H12O5 is a carbohydrate but does not fit in this definition of Cx(H2O)y.

Carbohydrates produce aldehydes and ketones on hydrolysis [the chemical breakdown of a compound due to reaction with water].

Aldehyde == an organic compound containing the group — CHO, formed by the oxidation of alcohols. Typical aldehydes include methanal (formaldehyde) and ethanal (acetaldehyde).

Alkyl == denoting a hydrocarbon radical derived from an alkane by removal of a hydrogen atom].

Alkane == any of the series of saturated hydrocarbons including methane, ethane, propane, and higher members].

Aldohexose == An aldohexose is a hexose with an aldehyde group on one end.

Hexose == any of the class of simple sugars whose molecules contain six carbon atoms (e.g. glucose)

All Posts on General Science