Q. Lichens, which are capable of initiating ecological succession even on a bare rock, are actually a symbiotic association of

Answer: b) Algae and Fungai Difference Between Primary and Secondary Succession

Q. In the grasslands, trees do not replace the grasses as a part of an ecological succession because of 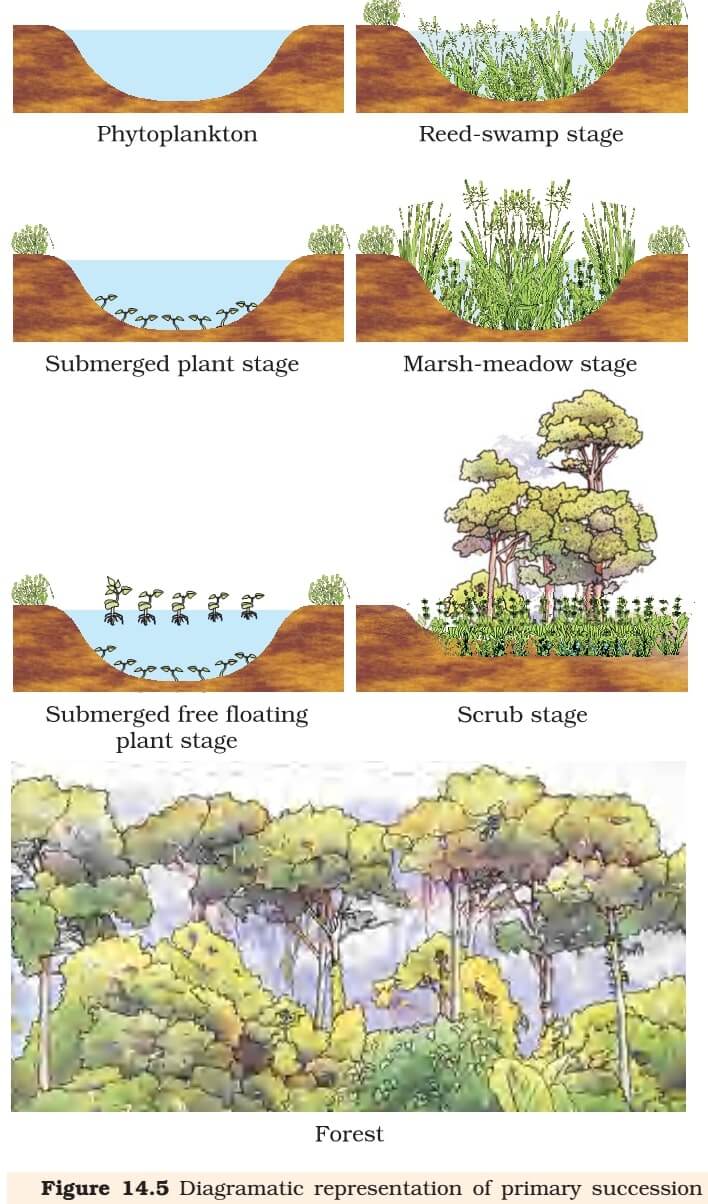