[Diploid == containing two complete sets of chromosomes, one from each parent].

[Haploid == only one set of chromosomes from one of the parent].

[Somatic == the parts of an organism other than the reproductive cells].

The completion of prophase can thus be marked by the following characteristic events:

The key features of metaphase are: 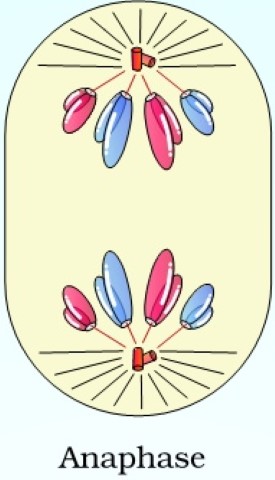 Thus, anaphase stage is characterized by the following key events:

This is the stage which shows the following key events: Onion root tip cell has 16 chromosomes in each cell. Can you tell how many chromosomes will the cell have at G1 phase, after S phase, and after M phase?

Also, what will be the DNA content of the cells at G1, after S and at G2, if the content after M phase is 2C?